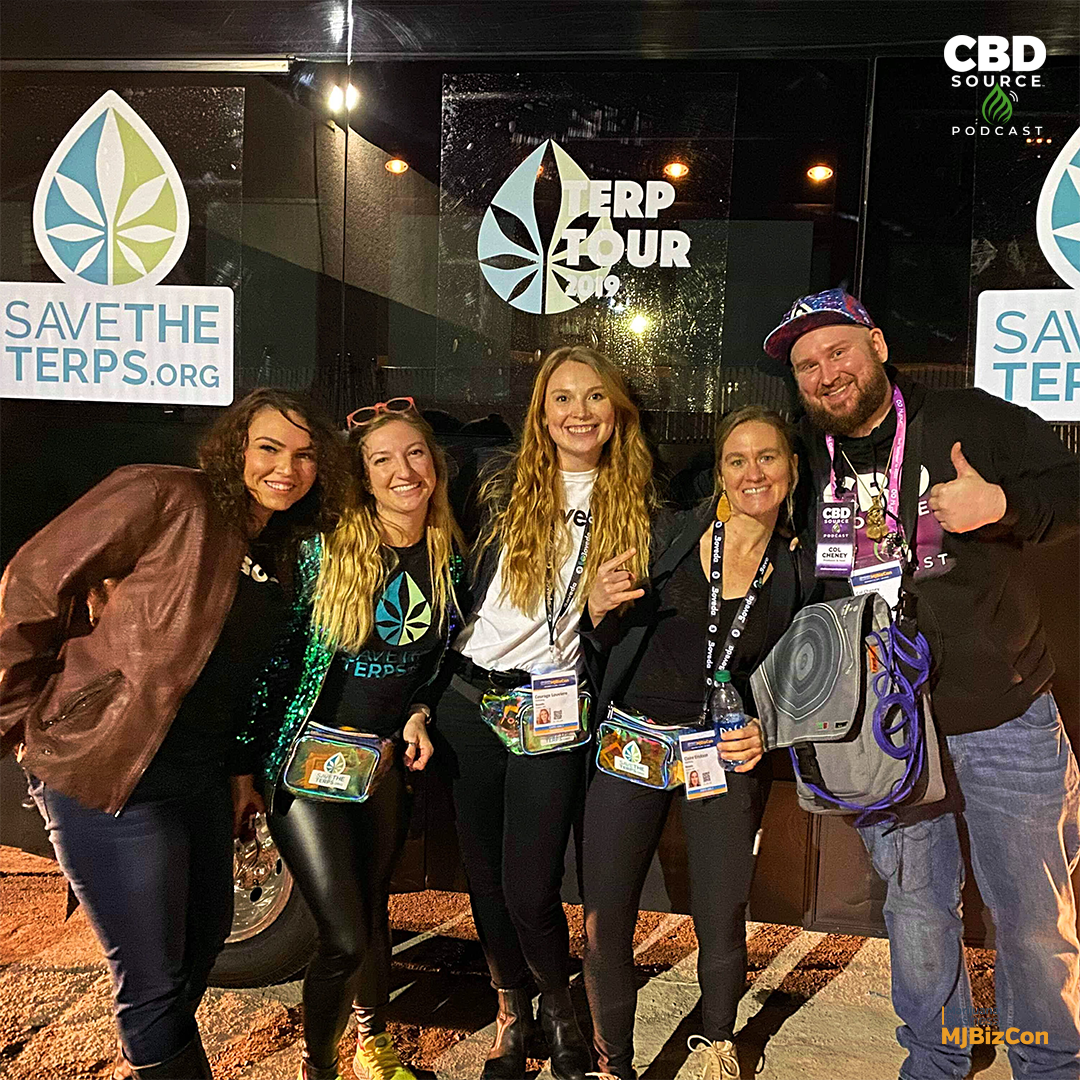 Episode 40 of the CBD Source Podcast –

Last episode we learned a lot about different terpenes from Sarah Schwefel (The Secret Power of Terpenes – Ep.39), so you might want to give that a listen just to get a gist of what Terpenes even are, or if you want to familiarize yourself with some of the various terpene profiles before diving into this episode.

At MJBizCon2019 in Las Vegas, mere hours before getting on the Terpene-Fueled party bus, we met Omar Salem, founder of Salem Scientific Labs, who are a terpene distillation and extraction based out of Orange County, CA.

He teaches us about Type I, II, and III Cannabis, and how new artisanal CBD rich Hemp strains could be classified as a “Type 3 Weed.” We learn about how terpenes are often overlooked for their protective, preventative medicinal properties.

Omar also detailed a great way to consume isolated raw terps orally with the help of a spoonful of sugar. Seems Mary Poppins was onto something!

Later, while walking down the hallway to go get dinner we unexpectedly got Shanghiied by the Boveda Cannabis “SAVE THE TERPS” girls with sequined jackets. We were introduced by them to us to a spunky blonde named Courage. She paraded us several blocks away to a dope “SAVE THE TERPS” Party Bus, for a terp tour of Las Vegas Dispensaries that are all about saving the terps.

She gave us a bunch of sample Boveda packets and explained how 90% of hemp or marijuana you buy is TOO DRY. These little humidity regulating packets keep your terpenes IN YOUR FLOWER, and they get released when you grind it.

Listen to the episode to hear how we derailed the tour by recording in the first dispensary we pulled into. Nevada Wellness Center, which is owned by former NFL Raider running back Frank “The Hawk” Hawkins, where we ran into a young unsigned rapper from Harlem named BigBankLitoo, who talked cannabis strains with us.

Having not gotten permission to record in the dispensary by the owner, prevented us from interviewing him on mic that night, but we definitely want to get him back on the show for one of our C-Body with Dani sports segments.

Courage hooked-us-up with some Boveda packets, gonna be keeping that hemp flower terps nice and fresh.

We threw our mics in the lucite champagne flute holders, because it was too good a photo opportunity to not give them a chance to shine.

It was a crazy end to a crazy day, that had us meeting Tommy Chong, and rubbing shoulders with other former pro athletes, including Mike Tyson.

Courage invited us to go see Modest Mouse, because they were heading there after the Terp Tour, and if we hadn’t gotten two hours sleep the night before, and had no food in our stomaches, we might have bought tickets and gone.