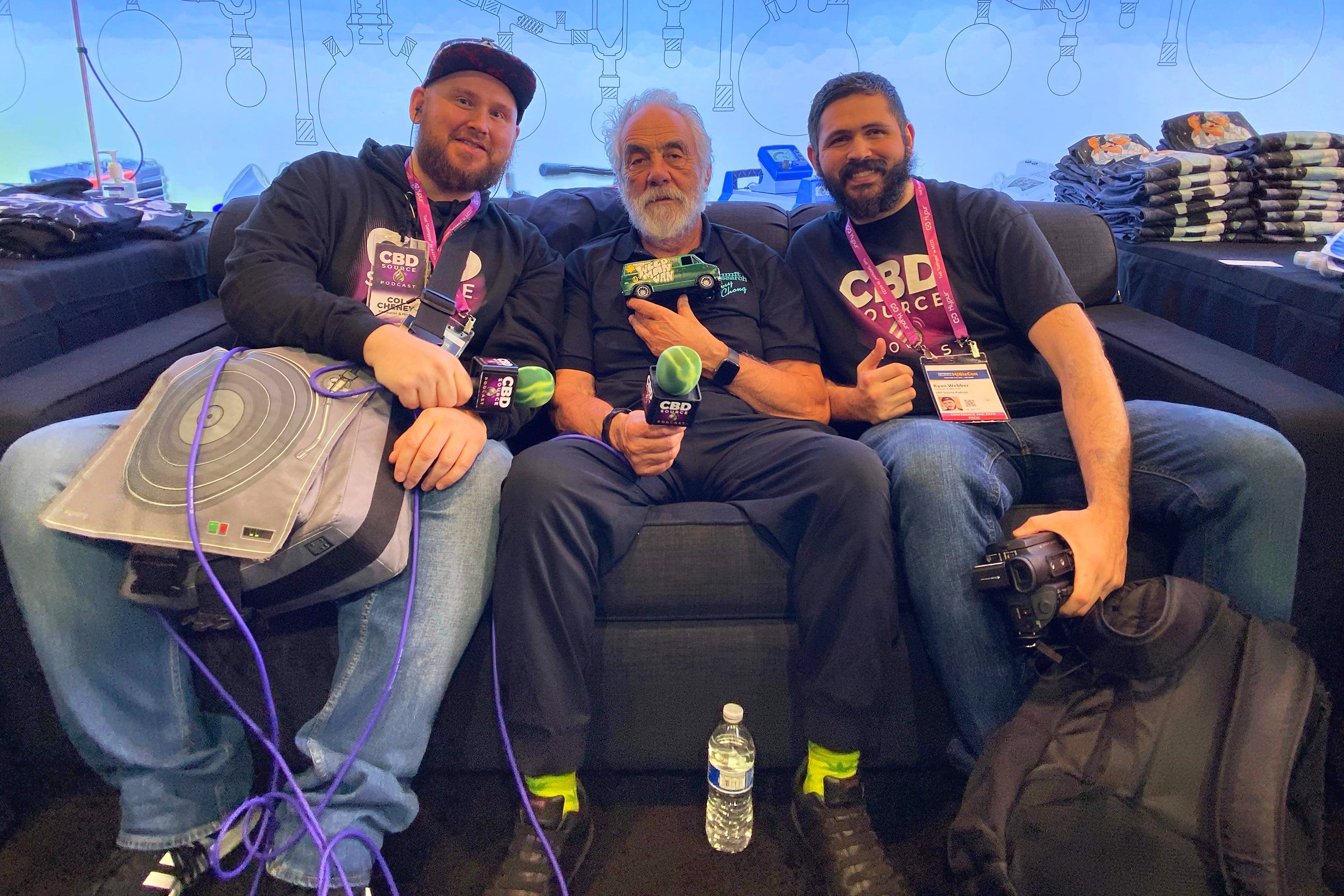 After waiting for him to finish recording a commercial for them, we finally got to meet the man. We sat on the couch with him as he told us his Weed Man Van story…the first time he smoked weed (in a van).

ALSO IN THIS EPISODE: Col & Ryan get together in our New York studio a week later to talk about getting to Vegas, buying legal cannabinoids in a Dispensary for the first time, and the lead-up to meeting the legend himself, on day one of the massive Marijuana convention.

We also talk about rolling in just after midnight and serendipitous meeting up with cannabis activist Leo Bridgwater while waiting on line to check in to our hotel who was holding his Cannabis Business Awards trophy for 2019 Activist Of The Year, beating out all of these amazing folks!

All of these nominees are Dope AF and we would love to invite any one of you to join us on the CBD Source Podcast for a full episode interview, but congrats to Leo, you are blowing up man.

If you want to hear us interview Leo Bridgewater, jump back to CBD SOURCE PODCAST EPISODE 27 where we talked with him for half the show.

We didn’t go on a hunt for the best dispensary, or the dispensary with the most diverse selection. Essence Cannabis Dispensary was the dispensary that was closest to our hotel, and that was open very late. That is all the boxes we need checking.

Fortunately for us, it also just happened to be fully stocked, have a knowledgeable staff of budtenders, and offer a 15% discount to MJBizCon attendees. Kickass, “highly” recommend.

MJBizCon is an annual event, put together by industry leader MJBizDaily, and this convention boasted 1300 tables, and 35,000 guests. We were there as press, covering the event for all three days. We will be rolling out several episodes in the beginning of 2020 with celebrity guests, and audio from our time in Vegas. It was an amazing trip, and meeting Tommy Chong within the first hour of the event, totally set the tone for the entire show for us. It was an honor, and we can’t wait to have him on for a full episode sometime in the new year. Stay tuned!!!!

Listen to the episode now, to see how the hell this happened.

Dude, Tommy Chong made his own sound effects for how the WEED MAN VAN sounds!

If you stick around to the show’s wrap-up, you will hear us talk about our THC Photo Booth Edible experiment, which we performed at the MJBizDaily Awards Gala & After Party at the Cosmopolitan, which is by far the casino with the most badass commercials.

The event was MC’d by MontKush Fresh Squeezed CBD founder, and OxiClean spokesman Anthony Sullivan! All of our worlds are colliding!

If you want to hear Anthony Sullivan tell his whole story of how he ended up creating his own Hemp Farm, called MontKush, from the dirt up. Listen to Episode 31: Anthony “Sully” Sullivan – From OxiClean Pitchman to CBD Farmer.