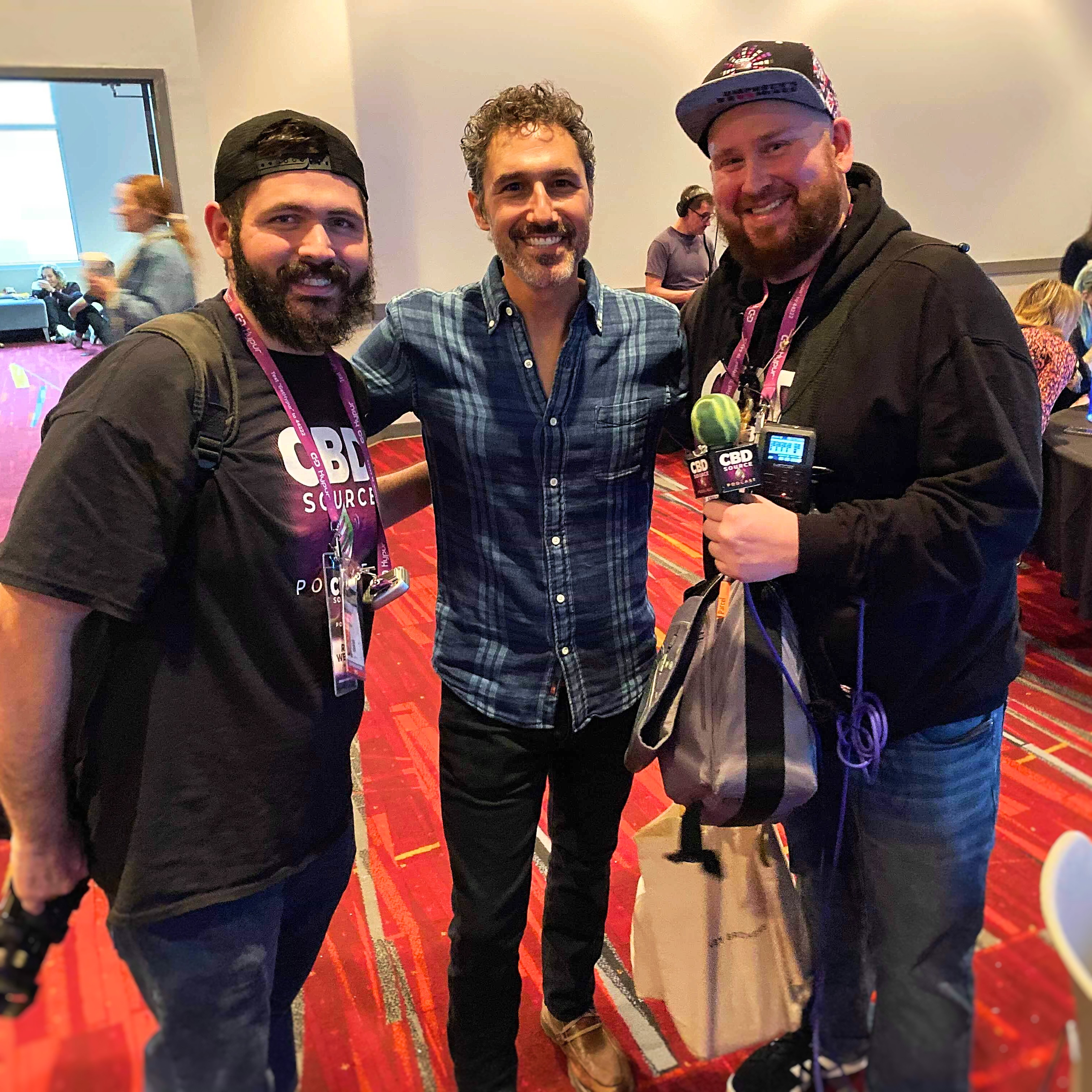 Back in Ep:31 of the CBD Source Podcast , MONTKUSH co-founders, TV Pitchman Anthony “Sully” Sullivan and Dave Christian invited the show to come to Vegas for the launch of MONTKUSH.

They wanted us to be two of the first to ever taste their “Fresh Squeezed” solventless CBD. We didn’t know for sure if we would be able to go, but in the end, we packed up our gear and flew our to Vegas to taste some of that sweet, sweet, hemp nectar.

Dave showed CBD Source Podcast host Col Cheney, and the chef of our CBD infused cooking segment “the Cannabidiet” the “Sizzlereel” teaser trailer of their new reality show by Thom Beers, with the working title “KINGS OF KUSH.”

Col, Ryan, Dave, and MONTKUSH’s Hash Master Chad met up in Podcast Row to take a TINK of their inaugural batch.

Ethan and Col talked about Ethan’s time after the show, what he did with the MILLION BUCKS, the Africa-based adolescent health organization he cofounded, called Grassroot Soccer.

They also spoke about Ethan’s passion for CBD and Cannabis, as he has battled Cancer twice since his show originally aired in 2001 and uses it in his battle and in recovery.

Get caught-up with Ethan Zohn’s story, here is a recap of his journey in Africa and how he made his way to being the sole survivor.